Chromatic aberration is a serious defect of lens imaging. It occurs when monochromatic light is used as the light source. Monochromatic light does not produce chromatic aberration. White light consists of seven types: red, orange, yellow, green, blue, and violet. The wavelengths of various lights are different, so the refractive index when passing through the lens is also different. In this way, a point on the object side may form a color spot on the image side. The main function of the optical system is achromatic.

The coma is a monochromatic aberration at off-axis points. When the off-axis object point is imaged with a large-aperture beam, the emitted light beams no longer intersect after passing through the lens, and the image of a light point will get a comma-like shape, so it is called "coma".

Astigmatism is also a monochromatic aberration at off-axis points that affects sharpness. When the field of view is large, the object point on the edge is far away from the optical axis, and the beam tilt is large, which causes astigmatism after passing through the lens. Astigmatism makes the original object point become two separate and perpendicular short lines after imaging. After being integrated on the ideal image plane, an oval spot is formed. Astigmatism is eliminated by complex lens combinations.

Field curvature is also called "image field bending". When the lens has a field curvature, the intersection point of the entire beam does not coincide with the ideal image point. Although a clear image point can be obtained at each specific point, the entire image plane is a curved surface. In this way, the entire image plane cannot be seen at the same time during the microscopy, which makes it difficult to observe and take pictures. Therefore, the objectives of research microscopes are generally flat-field objectives, which have been corrected for field curvature.

The microscope objective supplier believes that the reason why the microscope can magnify the object to be inspected is through the lens. Single lens imaging has aberrations, which seriously affects imaging quality. Therefore, the main optical components of the microscope are composed of lenses. From the performance of the lens, it can be seen that only convex lenses can magnify, while concave lenses cannot. Although the objective lens and eyepiece of a microscope are combined by a lens, they are equivalent to a convex lens. In order to understand the magnification principle of the microscope, the five imaging rules of convex lenses are briefly explained:

(4) When the object is located on the focal point of the lens, the image cannot be imaged; 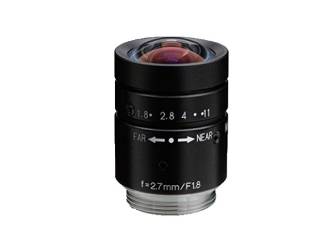 2. Universal infinity correction optical system: It is a more advanced optical path design, which reflects the superiority of the infinity correction method. After the light passes through the objective lens, it becomes a parallel beam that passes through the lens barrel and is refracted at the junction lens or completes an intermediate image without aberration. Optical accessories can be added between the objective lens and the imaging lens in the observation tube without affecting the total magnification. In addition, this optical system can obtain the best microscopic image without installing additional correction lens.

Previous:The Optical Attachment of a Microscope

Next: Introduction to Basic Optical Principles of Microscopy (Part 1) 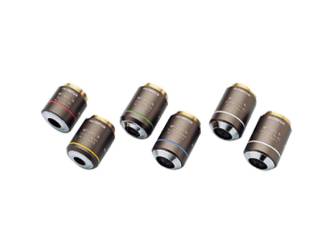 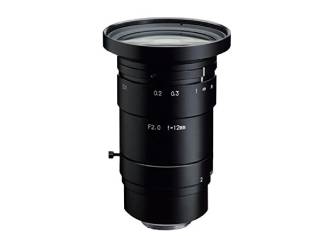